Canadian women are increasingly landing themselves in hospital, or even the morgue, due to an uptick in dangerous drinking habits, Canada’s chief public health officer has warned.

Dr. Theresa Tam’s 2018 report on the state of public health in Canada, released in late October, has found that the instances of women dying from alcohol abuse is climbing at much higher rate than men.

The alcohol-attributed death rate for women increased by 26 per cent between 2001 and 2017, she found, while the same figure for men only increased by five per cent in the same time.

“We have lost sight of the fact that continued high rates of problematic alcohol consumption are leading to a wide range of harms,” she wrote.

“Men still have higher rates of alcohol consumption … but women are catching up and this is really a worrying sign. There’s an increase in the rate of heavy drinking among women,” Tam told CBC News.

“Women are drinking more like men,” Tim Stockwell, director of the Canadian Institute for Substance Use Research, told Global News, adding that, overall, each drink of alcohol is more intoxicating for women and does more damage to a woman’s health than it does to a man.

Women aren’t the only group that are showing signs of high-risk alcohol use, however. Tam found that almost 25 per cent of kids in grade seven to 12 are drinking excessively — in other words, having five or more drinks on a single occasion in the past year. 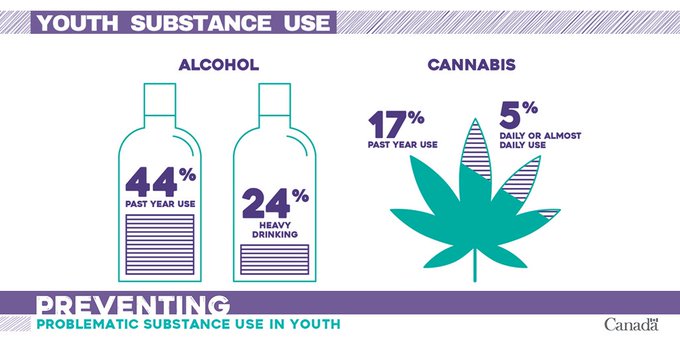