I recently encountered a wonderful Master’s thesis by Keriata Stuart on how Māori women negotiate drinking alcohol during pregnancy. In this grounded theory study, Stuart explores the factors that influence Māori women’s decisions about alcohol use during pregnancy. The study recognizes that women’s decisions are shaped by social and cultural expectations about gender roles as well as their knowledge about alcohol and pregnancy.

I found Stuart’s first chapter to be particularly fascinating as she provides the backstory to how she came to the research project and her framing of FASD as a Māori and gender issue. Her first introduction to FASD came at a gathering on substance use issues in indigenous communities in 1998 when she was a senior health policy analyst in the NZ Ministry of Women’s Affairs. She describes how many of the ideas about FASD prevention that were considered “groundbreaking” in 1998 had become commonplace by the time she completed her thesis in 2009. An interesting look at how things can change (and perhaps on how much more needs to change).

I appreciate that Stuart challenges the common assumption that alcohol & pregnancy are often thought to be a “special problem” for Māori women and the stereotypical association of alcoholism with indigenous women (Māori and non-Māori women are equally likely to stop drinking during pregnancy).

Her thesis also provides an interesting perspective on the relationship of colonization with alcohol. She describes how Māori society was one of the few that did not independently discover or use the process of fermentation or distillation. As a result, there were no cultural systems to regulate the use of alcohol at the time of colonization. By 1840, historical documents mention the use of alcohol in Māori society. By the 1850s, alcohol was a tool of colonization – Māori landowners were encouraged to run up bills at hotels and their land taken to settle their debts. That said, Stuart cautions that it is important not to view the Māori as passive victims of alcohol; alcohol was part of a complex dynamic in adaptation to new lifestyles, opportunities for trade, and new regulatory roles for tribal leaders. She describes how over time alcohol use in Māori women became perceived as a “social problem” and as a response to dispossession, economic hardship, and the loss of social and cultural supporting structures.

Stuart’s thesis can be downloaded from the Massey University web site. 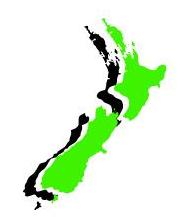